Kentucky’s preliminary December 2021 unemployment rate fell by 0.2% from the previous month, according to figures released by the Education and Workforce Development Cabinet on Thursday.

December’s jobless rate was 3.9%, compared with the 4.1% reported in November, and was down 1.7 percentage points from the 5.6% recorded for the state one year ago. 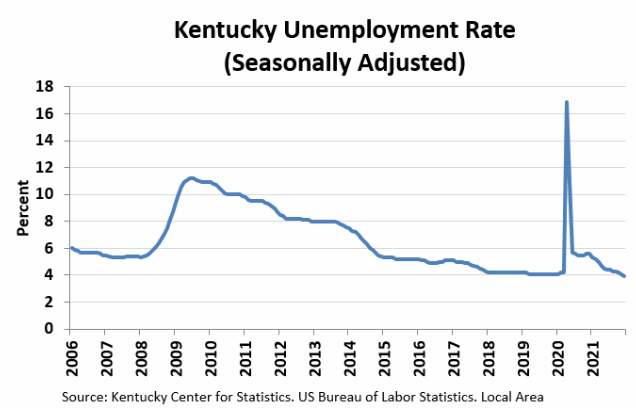 “As of December, Kentucky had recovered or replaced 82% of the jobs lost during the first two months of the COVID-19 pandemic,” said Mike Clark, director of the University of Kentucky’s Center for Business and Economic Research.  “The rate of recovery improved beginning with an August jump in local government employment as schools reopened. Employment gains in construction, manufacturing, health care, and accommodations and food services over the past five months also contributed to the recovery.”

Clark also noted, “The recovery is reflected in Kentucky’s labor market, which increased by nearly 22,000 workers since July.  After declining to 56.3% in the summer, Kentucky’s labor force participation rate ended the year at 56.8%.  This rate is still well below pre-pandemic levels.”

Those showing a decline were the educational and health services, government and “other” sectors.

Clashes break out in Tripoli, drive rival Libyan PM away