Kylie Jenner has been slammed for being a ‘climate criminal’ after taking a 12-minute flight on a private jet.

The Kardashians star, 24, was recently slammed by fans for ‘classless boasting’ as she took to Instagram to share his and hers private jets with boyfriend Travis Scott on Friday.

The billionaire beauty mogul has yet again been criticised for her use of private jets after Twitter account Celebrity Jets shared her flight paths, some of which were as short as 12 and 17 minutes.

Celebrity Jets also shared a flight map for a set of short-haul trips last Friday, with one allegedly showing her jet on a mere 12-minute flight from Van Nuys in Los Angeles to Camarillo in in Ventura County, California. 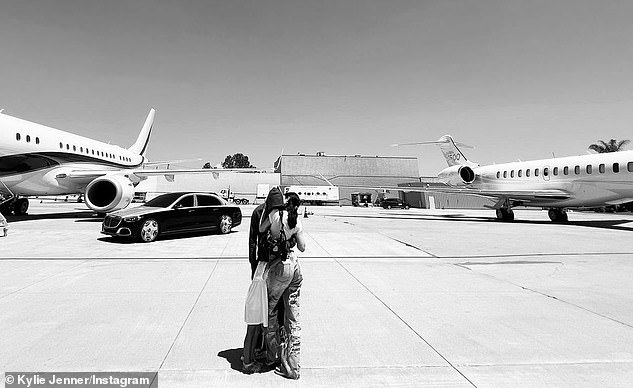 Shock: Kylie Jenner has been called a ‘climate criminal’ for reportedly taking a 12-minute flight on a private jet after coming under fire for boasting about her and Travis Scott’s planes

The account reported that Kylie’s private jet made a journey from Camarillo, California, to Van Nuys last Wednesday, citing the approximate flight time as just 17 minutes.

Celebrity Jets also shared a flight map for another set of flights last Friday, reportedly showing her jet travelling from Palm Springs to Van Nuys in a 35-minute flight.

It also claimed that Kylie’s jet headed on the mere 12-minute flight from Van Nuys to Camarillo later that same day.

In the air: With plenty of room onboard – Kylie’s luxury jet has 10 white leather seats embroidered with her initials (pictured on board earlier this year with Stormi and Khloe) 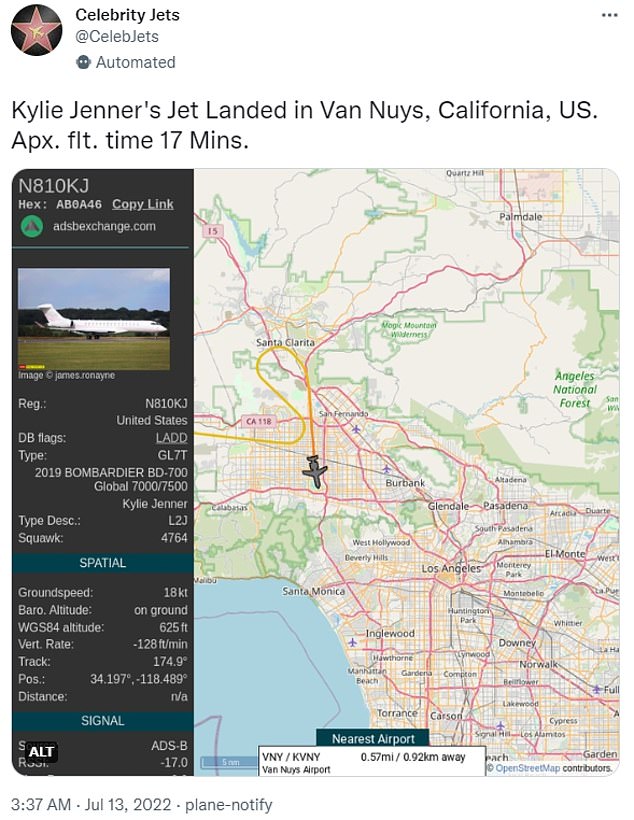 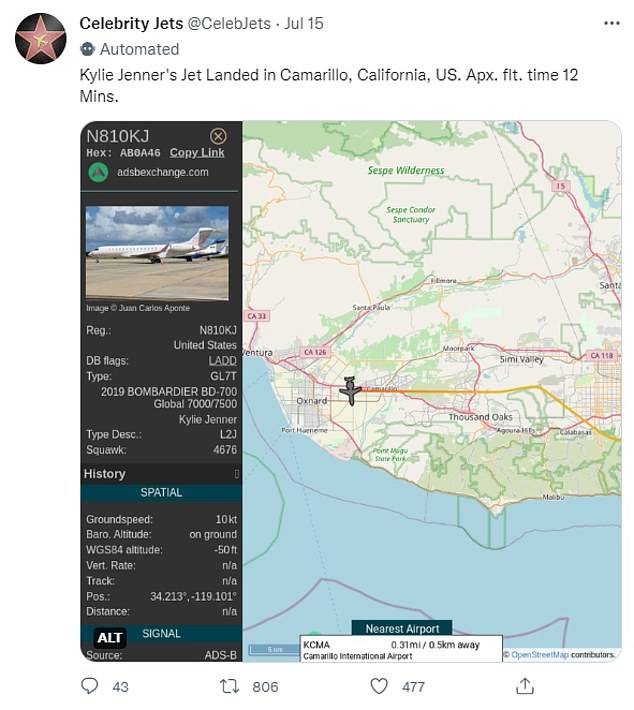 Responding to her string of very short-haul flights, enraged people took to Twitter to criticise Kylie for being a ‘climate criminal’ for not using other modes of travel for the short journeys.

One person fumed: ‘Kylie seems to love taking her jet for short trips that are probably drivable. Seems to be a theme here.’

Another said: ‘Kylie Jenner: full time climate criminal. These jets should never be allowed to take off.’

A third criticised: ‘This should be illegal wtf.’

And a fourth added: ‘This is gross.’

While a fifth commented: ‘She took a 12minute flight??? Why is this even allowed she could’ve seriously went in a car.’ 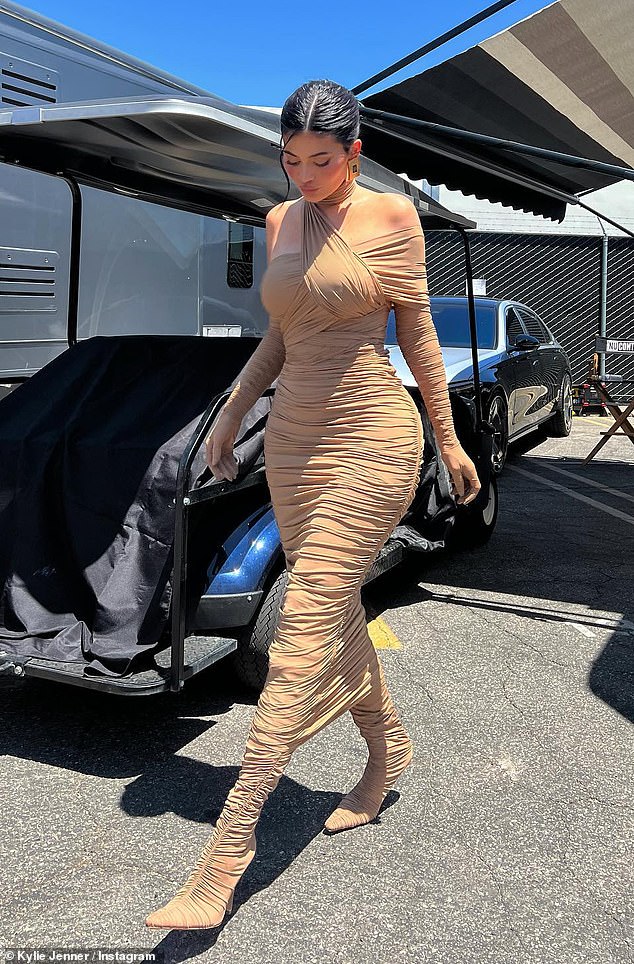 Planes: It also claimed that Kylie’s jet headed on a mere 12-minute flight from Van Nuys to Camarillo 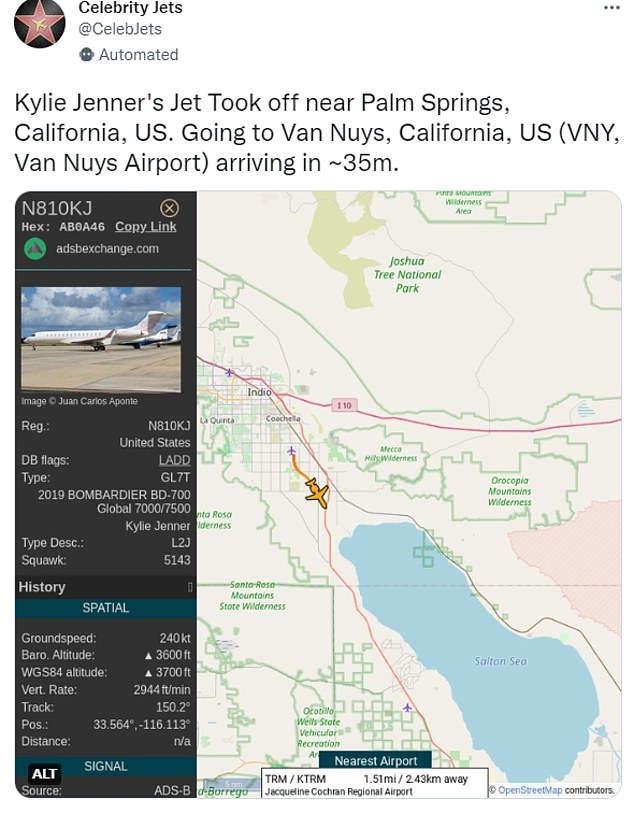 Jetting off: Celebrity Jets also shared a flight map for another set of flights last Friday, reportedly showing her jet travelling from Palm Springs to Van Nuys in a 35-minute flight

Anger: Responding to her string of very short-haul flights, enraged people took to Twitter to criticise Kylie for being a ‘climate criminal’ for not driving the short journeys instead

Another person pointed out that if she had been travelling to Van Nuys airport from her home in Hidden Hills, Los Angeles, for her flight to Camarillo, then she would have had to travel in the opposite direction to her destination to reach the airport.

‘The worst thing about this is that Van Nuys is 16 miles from Calabasas, where she lives. She went 26 miles in the opposite direction to take a flight,’ they said.

It comes after Kylie was slammed by fans for ‘classless boasting’ last week for taking to Instagram to share his and hers private jets with boyfriend Travis Scott.

On Friday, the billionaire beauty mogul shared a black and white image of her and the music artist, 31, with two large aircrafts as she wrote: ‘You wanna take mine or yours?’ 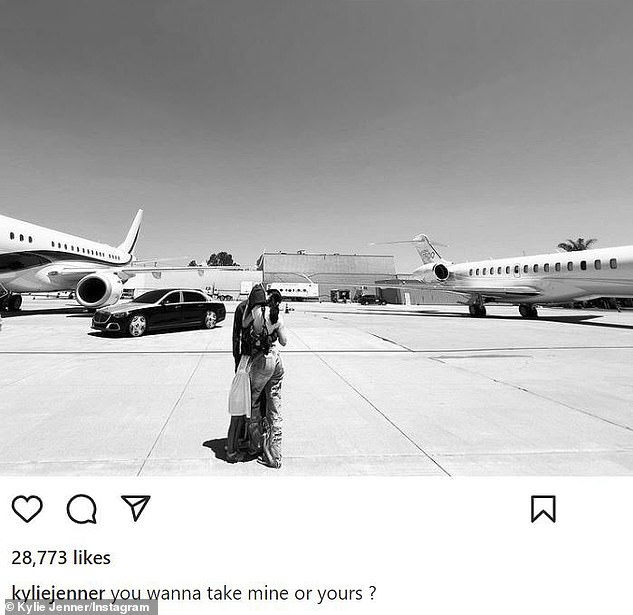 Flashy photo: It comes after Kylie and Travis Scott were slammed by fans for boasting about his and hers private jets as she asked followers ‘you want to take mine or yours?’ on Friday

Followers hit back, with many taking to the comments section to criticize the tasteless post at a time when global warming and the rising costs of living are key issues for much of the US.

In the snapshot the twosome, who’ve been dating since 2017, embraced each other with their heads nuzzled in each other’s shoulders.

Their four-year-old daughter Stormi Webster was also in on the affectionate moment as she hugged both her parents.

The photo was artistically taken as a wide shot to show a Rolls Royce, emphasizing the luxurious life outtake, whilst fans hit back at the displays of wealth. 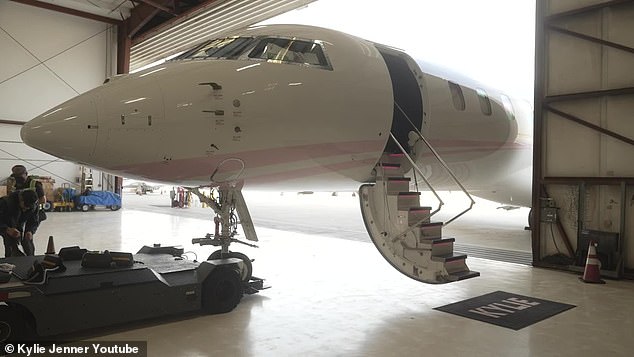 Eye-watering: Kylie’s luxury Bombardier Global 7500 aircraft was bought in 2020 for a rumored $72.8 million

In the comments section, one follower penned: ‘Too much flaunting of your wealth when others are barely surviving!’

Another added: ‘Maybe take neither and reduce your carbon footprint?’

Lizzo explains why her ‘sexual’ conversations with Rihanna have stopped

The 100 Greatest TV Shows of All Time – Rolling Stone

Meghan Markle Was ‘Narcissistic Sociopath’ Who Wanted to Be Rejected by Royals,

Columbus Daily Times
Prev Next 1 of 474