Family tell how dream £1,700 easyJet getaway to Egypt turned into holiday from


Family tell how dream £1,700 easyJet getaway to Egypt turned into holiday from hell after they were moved to hotel with ‘faeces on the floor, broken sun loungers, and exposed wires in their room

By Dan Sales For Mailonline

A family say their dream £1,700 easyJet Egyptian getaway was a holiday from  hell after being given a hotel with ‘exposed wires, faeces on the floor and broken loungers’.

But on the week they were due to fly Gemma said they were told their original hotel had been downgraded to a three star by the local authorities so they were getting moved.

The family from Bourne, Lincolnshire, were then put in the five star Parrotel Lagoon and were excited for their trip after seeing glossy images of the resort online.

But Gemma, 43, claims the images online were not reflective of what they saw when they arrived at the hotel.

Advertising manager Gemma captured photographs showing exposed wires on plugs and hairdryers that were in the room where her family were staying. 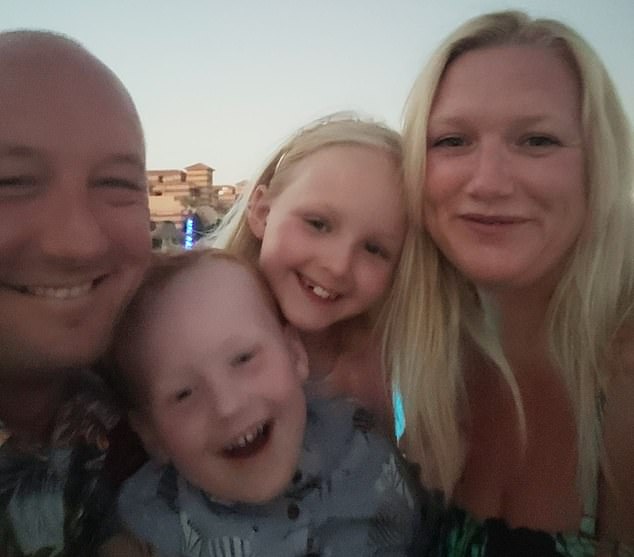 Smiling through the pain: The family trying to make the most of their Egyptian Easyjet hell 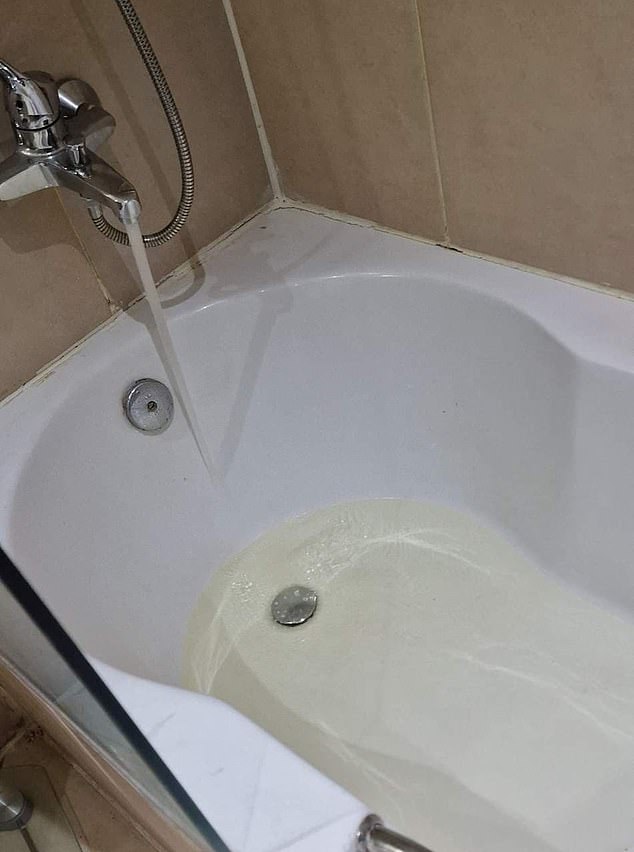 And it was all yellow: The bath water did not look enticing in the hotel where the family stayed 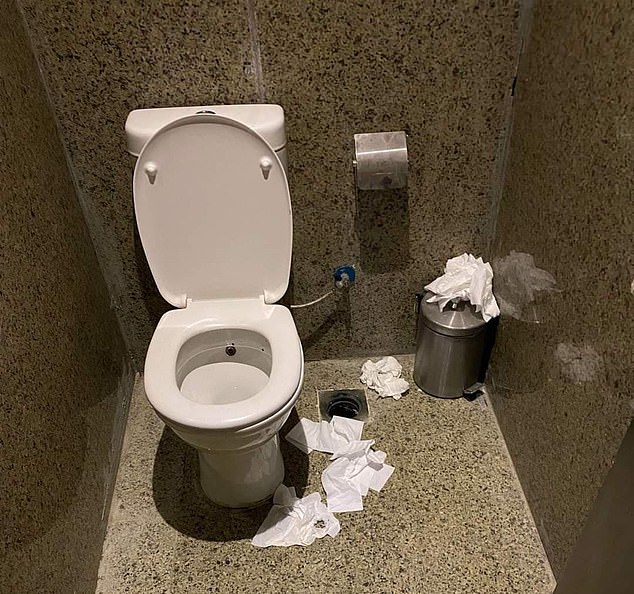 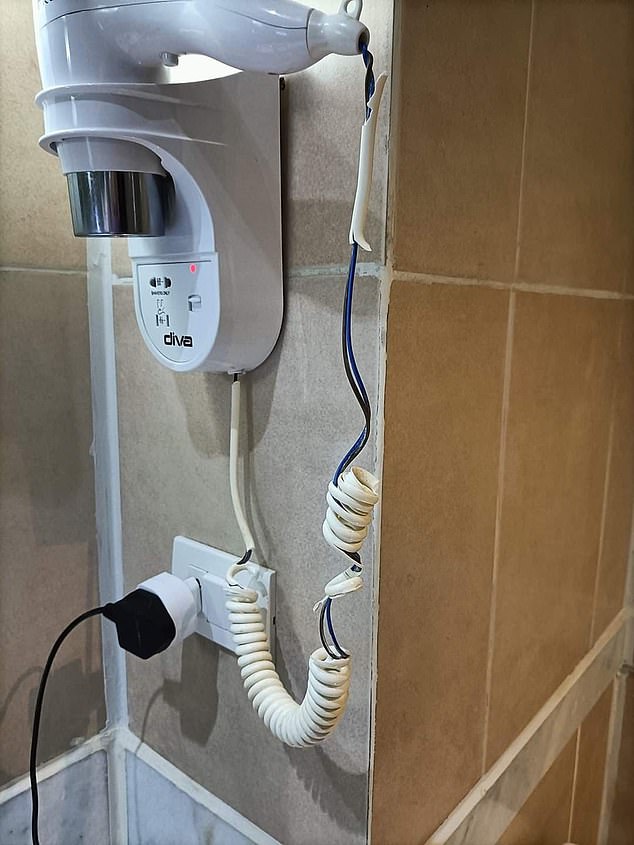 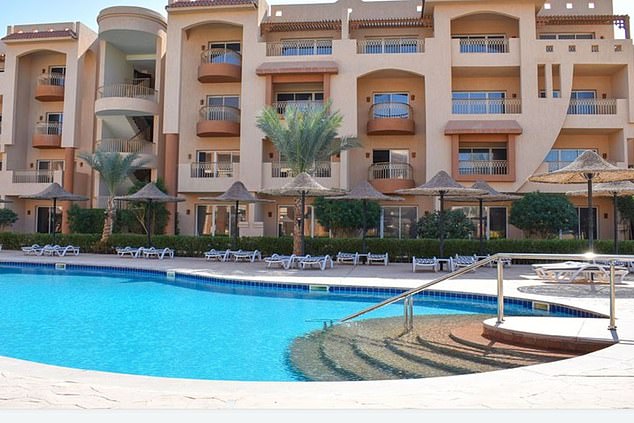 The swimming pool at the hotel. Other images showed damage to their room

Other images show faeces laying on the floor in one of the public bathrooms and a pin which Gemma said pierced through her daughter’s foot while she was in the pool.

While another shows broken sun loungers including one where splinters are shown sticking out of the wood.

Gemma also claims that the room was never cleaned, the water was yellow and they had to argue to get drinking water in the room.

Her children were so unhappy that they asked their mum if they could go home after just five days of the ten day trip.

However, Gemma and Baz said they were left with severe stomach pains, sickness and diarrhoea for three days after eating food at the resort and were unable to go anywhere.

Speaking today, Gemma said: ‘I have never in my life experienced such an awful hotel.

‘We have been on a lot of holidays and stayed in some nice hotels and some bad hotels but this was by far the worst.

‘The hotel was dangerous, the rooms had exposed wires on the plugs and hair dryers, the rooms were filthy. 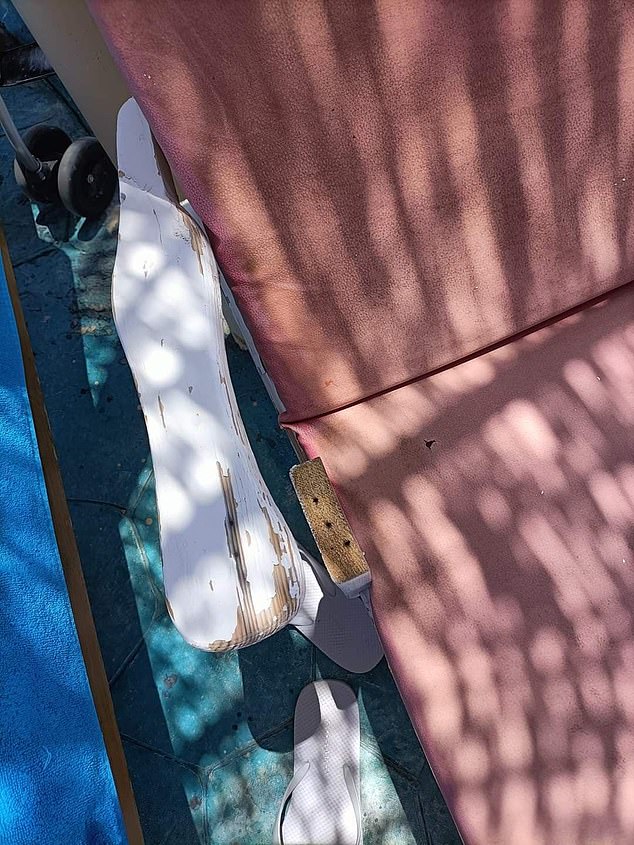 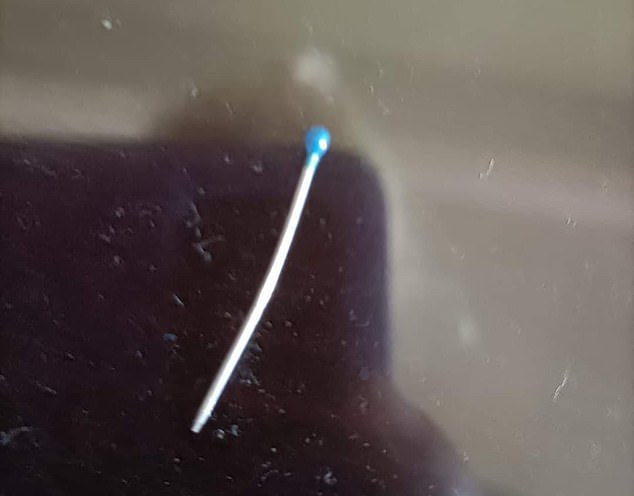 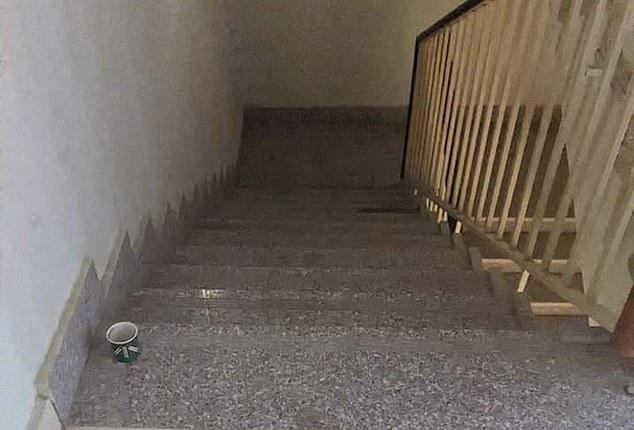 Stairway to heaven? These dirty steps made the holiday to Egypt into a disaster for the family

‘This was the first holiday we have booked in four years due to Covid and we were hoping for a relaxing break to spend time with family but this did not happen.

‘It was far from relaxing.

‘The toilets by the pool were a health hazard, covered with faeces and urine all over the toilets and floor.

‘The food for the adults was cold in the middle, uncooked and blood on the chicken, I ended up with severe stomach pains, sickness and diarrhoea for four days and my husband the same for three days, we were both in agony,

‘The kids wanted to come home after five days as they were hungry, it was pretty awful, we did get some nice trips though.

‘It’s just a shame it’s not how they advertised it.

‘The plane ran out of food and drinks so the kids couldn’t have anything on the way to Egypt either.’

what we know and what we don’t, according to experts

What is required to travel to Hong Kong? Many, many tests

Mum reveals how she DOUBLES her suitcase space when travelling

AA names the UK’s best hotels and restaurants for 2022…

What is required to travel to Hong Kong? Many, many tests

Columbus Daily Times
Prev Next 1 of 472